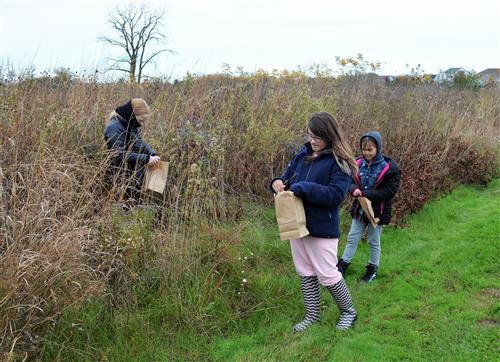 A 10-year labor of love that hundreds of fifth-graders have helped create ended this fall for a Prairiewood Elementary School teacher.

Since shortly after Prairiewood was built, students have been dredging a trail though the heavy prairie grass just south of the school to learn about nature and the environment, restore a native prairie and offer a peaceful recreation spot within the Apple Creek subdivision.

“You can learn a lot about the outdoors by being in it — much more than you can learn from just a book,” said Prairiewood teacher and avid outdoorsman John Girard.

Through his efforts and with assistance from the Land Conservancy of McHenry County, Girard has led 5th-grade classes through the prairie cutting a path, clearing out invasive species and seeding the prairie with native plants and oak trees.

“It’s very unique prairie that we have in Illinois. We have a lot of plants and not just grasses that grow,” Girad said. “In the winter, students plant prairie seeds that they collected in the fall.”

Early in the school year, students are learning about frogs, toads and snakes and visit the outdoors to find them in their natural habitat. Former Woodstock High School teacher Bill Donato sometimes brought his students out for joint lessons with Prairiewood students about biospheres.

High school service clubs also helped restore the prairie and the District 200 Building and Grounds Department has continued to mow the trail as students have cleared it. The trail now loops a little over a half-mile through the prairie and was completed in late October.

Cross country and soccer athletes run on the trail to train and neighborhood adults and children in use it walk their dogs or spend a few moments in nature. 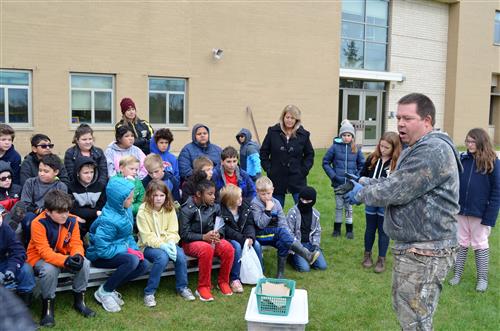 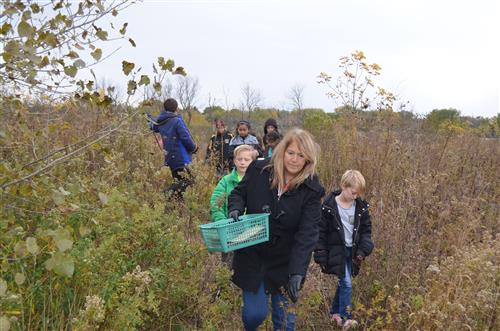 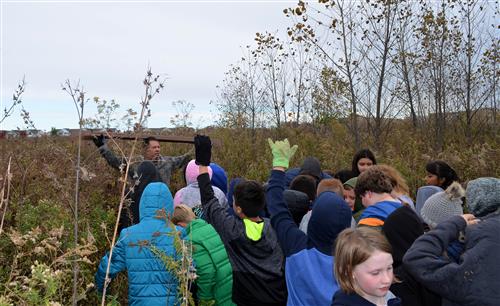 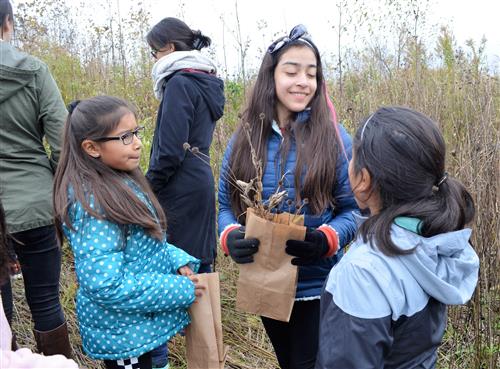 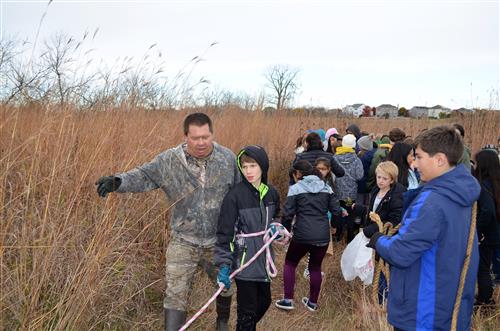