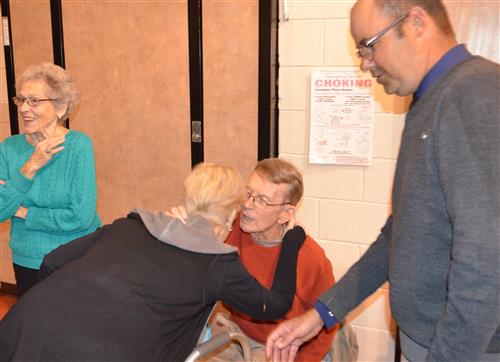 Bill Schuette Way is now a sign in front of Greenwood Elementary School, but his way has long been a tradition that remains today.

Schuette, who served as principal at Greenwood from 1960 to 1990, was in charge when current Principal Tom Wollpert attended there as a boy and left an impression on him along with countless others.

“Mr. Schuette affected the lives of hundreds of staff members and thousands of students in a incredibly positive way,” Wollpert said at a Sept. 28 ceremony to name the entrance road to Greenwood School. “It is an honor to know Mr. Schuette and an honor to have this road dedicated to him as his legacy will live on forever here at school.”

Schuette earned his master’s degree from Winona State University and taught in LaCrosse, Wisconsin before moving to Greenwood and the house a block south of Greenwood School where he and his wife Mimi still live today.

More than 50 years ago, he started a pancake breakfast to buy new playground equipment for the school. That tradition has morphed into spaghetti dinner that has been held annually ever since.

Wollpert said he considers Schuette, who was recognized by the D 200 Education Foundation as the 2013 Annual Excellence award winner, one of the most influential people in his life. Former staff members praised him for his wit, wisdom heart and positive nature.

“He was dedicated not only to the education of the students in the classrooms of Greenwood Elementary school but to the bringing together of the whole school community,” Wollpert said. “He wanted to make sure every kid felt loved — every kid felt special.”

Schuette’s “Excellence through Effort” motto lives on and is the name of a monthly award presented to Greenwood students who show strong character and effort. 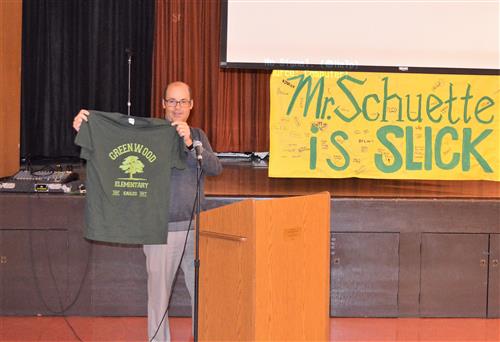